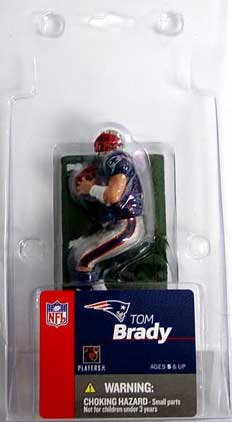 Jersey Variations:
McFarlane 3 Inch vending series figures did not have any chase or variant figures produced.

The figures in this series are the same exact figures as series 1 and 2 of the 3 inch figures, just packaged individually and for vending machines.