There are variants of both the regular and the chase figure with or without the Dodgers emblem on the sleeve of the figure - ones with the emblem are considered to be scarcer. 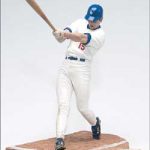 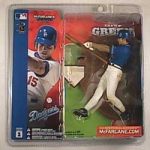